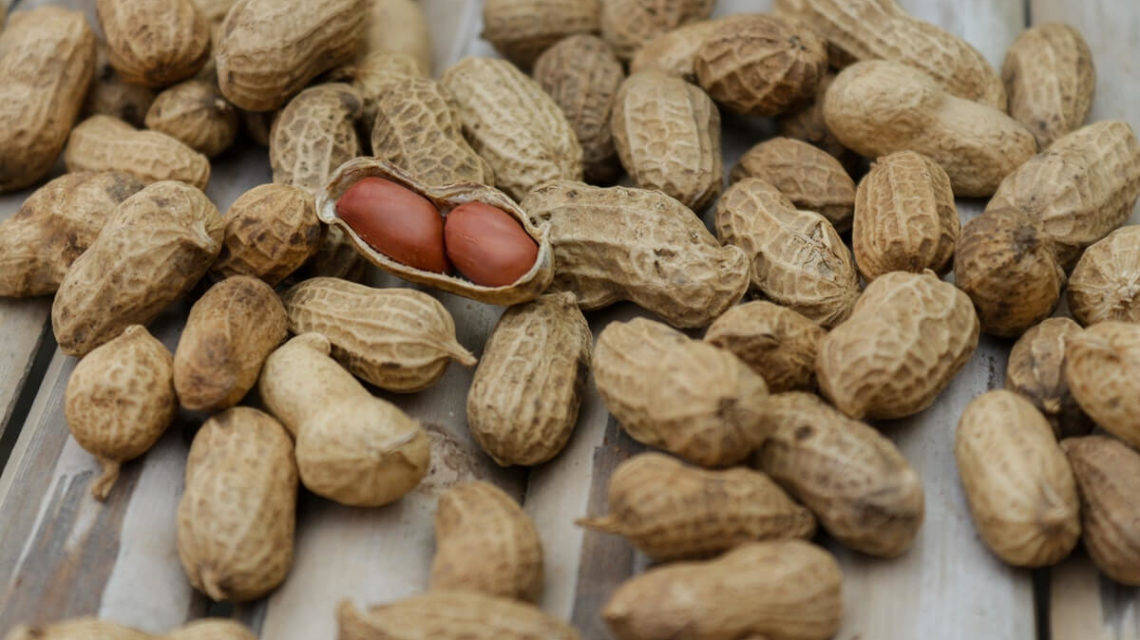 The Peanut is Not Actually a Nut! – Health Benefits of Peanuts

Are you afraid of enjoying the health benefits of peanuts because you think you may gain weight? You can stop fretting! Eating raw peanuts will not cause obesity.

The biological name of peanuts, also known as groundnuts, is Arachis hypogaea. Despite its name, the plant is not actually a nut; it is a legume. Thus, the peanut is a part of the legume or the bean family. Their “family members” are chickpeas, lentils, peas, and other types of beans.

The peanut plant is an herbaceous plant that flowers annually. It may grow up to 1.6 feet. The plant is know by various other names such as monkey nuts, earth nuts, pig nuts, goober peas, and pygmy nuts.

The leaves of the peanut plant are pinnate and opposite and have four leaflets in two opposite pairs. There is no terminal leaflet. Each leaflet is around 2 inches long and 1 inch broad.

It is conjecture that peanuts were first cultivated in Paraguay, South America. The Aztecs knew about the nutrients in peanuts and made it a part of their regular diet. The indigenous peoples of the Americas or the Native Indians were also aware of the health benefits of peanuts.

The peanut plant was bring to Africa by Portuguese and Spanish explorers, where it thrived well and became a permanent part of the landscape. The African people learned to include the nutrients in peanuts into their food.

In the 19th century, peanuts nutrition was recognise and embraced by the people of the United States of America. George Washington Carver’s efforts gave a fillip to the adoption of the peanut plant. Known as the “grandfather of peanuts” or the “plant doctor,” he introduced its cultivation as an alternative to the damaged cotton crop (due to boll weevil attack) during the Civil War and developed nearly 300 uses of the plant. During the end of the 19th century, a doctor residing in St. Louis, Missouri, began to prescribe a paste made from ground peanuts as medicine. The nutritional value of peanut butter as a food high in protein and low in carbohydrates was understand by this doctor.

Different varieties of peanuts are growing in India: Bold/Runner, Java/Spanish, and Red Natal. Peanuts are the main oil-seed crop in our country, and peanut oil steps are use to make up for the deficit of vegetable oil. Peanuts can be find out in the market throughout the year.

How to Include Peanuts in Your Diet?

The nutrients in peanuts can be assimilate in your diet in many ways.

Peanuts are shelled and crushed by a variety of techniques to obtain peanut oil. The techniques are expelled pressing, hydraulic pressing, and solvent extraction. Peanut oil also has a delicious aroma of roasted peanuts. It is added to sauces, baked items, and confectionery items. Peanut oil can be used as a substitute for vegetable oil in daily cooking.

Do not let thoughts of gaining belly fat stop you from relishing the goodness of peanut butter. The nutritional value of peanut butter far outweighs any negatives of this super food. One serving of peanut butter gives you 2 grams of fiber and 8 grams of protein, along with 180-200 calories. Although the amount of calories is high, the combination of fiber and protein keeps your tummy full for longer, preventing you from overeating.

Peanut flour is made by cleaning, blanching, and electronically sorting raw peanuts to get the best-quality ones, which are then roasted and processed to get peanut flour. It has a beautiful aroma of roasted peanuts. It has up to 45-50% protein, so it is a good source of dietary protein.

Peanut flour can be added to bakery and confectionery items to extend their shelf life and also add a nutty flavor.

There is no doubt about dry roasted peanuts nutrition-they are rich in folate, copper, manganese, and phosphorus. A handful of dry roasted peanuts every day will keep your body healthy. It may also reduce your cholesterol levels, lower the risk of developing blood clots, and keep the arteries functioning well. Did you think that the cholesterol in peanuts was harmful? Yes, if you eat an unlimited amount of peanuts but not if you eat in moderation.

Remember to eat unsalted dry roasted peanuts because it is better than salted ones due to the reduced sodium content.

Peanuts can be eaten raw-no need for any sort of processing. You get all the heart-healthy benefits along with great flavor! Eating raw peanuts may be the simplest way to care for your heart every day.

There are several noteworthy health benefits of peanuts.

The major benefit among all the health benefits of peanuts is its cardio-protective function. Monounsaturated fats are found in plenty in peanuts and are the reason why they are good for the heart. If you have heard about cholesterol in peanuts, then know this-peanuts contain “good” cholesterol that lowers the levels of “bad” cholesterol.

Peanuts also contain other nutrients that are good for the heart-manganese, folate, niacin, and vitamin E. Resveratrol, an antioxidant, is also present in plenty in peanuts and helps reduce the risk of cardiovascular disease.

According to a study published in Food Chemistry, peanuts are said to have large concentrations of antioxidants called polyphenols. Scientists at the University of Florida found that the major polyphenol present in peanuts was p-coumaric acid. Dry roasted peanuts’ nutrition is higher, and this is true of p-coumaric acid levels as well. With dry roasting, up to 22% of the antioxidant level can be increased.

The flavonoid resveratrol, present in peanuts, may help reduce the risk of stroke. According to the results of an animal study published in the Journal of Agricultural and Food Chemistry, resveratrol helped improve the flow of blood to the brain by 30%, thus lowering the risk of suffering a stroke.

Although scientists are not yet convincing that eating peanuts may have this benefit, the regular consumption of peanuts may provide enough resveratrol to exert this beneficial effect.

#4. May Protect from Cancer

Nutrients in peanuts such as resveratrol, phytic acid, phytosterol, and folic acid may help protect the body from cancer. In a study conducted in Taiwan, eating peanuts at least twice in a week will help to reduce the risk of colon cancer in women by 58% and in men by 27%.

It has been find out that eating 2 tablespoons of peanuts in each week reduces the risk of developing gallstones in women by as much as 25%. What are you waiting for?

The nutrients in peanuts like niacin are the reason why it protects people from brain diseases like Alzheimer‘s and other problems of the brain causes due to ageing. Studies published in the Journal of Neurology, Psychiatry, and neurosurgery show that eating raw peanuts regularly helped ward off the decline in brain function.

A handful of peanuts contain enough niacin to fulfil 1/4th of your daily recommended intake of the nutrient.

According to a study published in the journal Obesity, eating peanuts at least twice each week reduced the risk of gaining weight as compared to not eating peanuts at all. Of course, you should not eat an unlimited quantity of peanuts every day in the hope of losing weight! A handful of peanuts is consider a healthy portion to eat.

Oleic acid is a monounsaturated fat find in peanuts which is especially good for the heart. This fat is find in olive oil as well.

Roasting peanuts in oil can increase the amount of calories they possess, whereas boiling or dry roasting them can decrease the number of calories.

As you know by now, the health benefits of peanuts are significant and should not be ignore, especially by people who have a hereditary risk of developing heart disease. What is interesting is that peanuts have the same benefits as tree nuts like walnuts, pecans, and almonds but at a fraction of the price. Although peanuts are not nuts, they have the same nutritional value as tree nuts. A study published that peanuts also have monounsaturated fats, polyunsaturated fats, vitamins, and minerals in the same quantities as expensive tree nuts.

So, go ahead and sprinkle some chopped peanuts over your bowl of oats or your salad for a fulfilling protein boost. Even if you do nothing else, just munch on a handful of unsalted, dry roasted peanuts and you have done your duty for your heart.